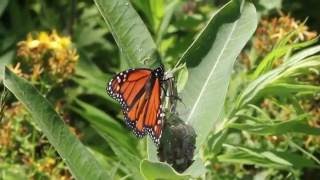 The Niagara River, a strait that connects Lake Erie to Lake Ontario, is an environmental and cultural treasure of unique ecological character. It is home to more than 700 species of plants, 300 bird species, 100 fish species, and various mammals, reptiles, amphibians, and mussels. It provides essential habitat resources for many of those species, some of which are endangered. It also is an economic and tourism driver for the region, drawing visitors for birdwatching, nature photography, hiking, biking, boating, fishing, and other recreational activities. The Niagara River has been a draw for human settlements throughout history, and many visitors come to visit historical sites dating back to Native American tribes, early colonial settlers, the Revolutionary War, and the Underground Railroad. The river is a major source of drinking water for people in the region, and provides up to 2.6 million kilowatts of clean hydroelectricity on the U.S. side alone.

The magnificent Niagara River Corridor meets all criteria for designation as an internationally important body of water under the Ramsar Convention. This treaty has designated over 2,000 sites across the world as “Wetlands of International Importance.” Designation leads to increased economic opportunities, tourism, funding opportunities, and environmental appreciation. The bi-national Niagara Region, the United States, Canada, and the world would benefit from including the Niagara River Corridor among these critical resources.

In January, 2019 the Niagara River Ramsar Binational Steering Committee (“Steering Committee”), working with the University at Buffalo School of Law Environmental Advocacy Clinic, submitted a complete nomination package reflecting the science underlying the nomination, and the support from many organizations and governmental representatives for the designation, to the U.S. Fish & Wildlife Service. The Steering Committee and the Clinic are continuing to monitor and assist the nomination process, and eagerly hope for a swift formal nomination from the United States to the Ramsar Secretariat for official listing.

After more than five years of collaborative efforts between the Steering Committee and the Environmental Advocacy Clinic, the Ramsar nomination package for the Niagara River Corridor has finally been submitted to the U.S. Fish & Wildlife Service.

In the year running up to the submission of the nomination package, the Environmental Advocacy Clinic worked jointly with the Steering Committee to complete the Ramsar Information Sheet (“RIS”). The RIS is a document, required by the Ramsar Secretariat for a site to be nominated, that needs to contain all the data which shows how the nominated site satisfies the Ramsar criteria. The Niagara River Corridor’s abundance of noteworthy flora and fauna, diverse ecological features, social and cultural values resulted in a detailed 98+ page RIS.

Every year at UB, students have an opportunity to showcase their academic contributions, research, and creative works to students, faculty, and the rest of the UB community at the Celebration of Student Academic Excellence. Students showcase these achievements through a poster that reflects all of their efforts and results. Ultimately, posters that set themselves apart for their outstanding achievements are given a significant accolade, the Student Academic Excellence Presentation Award.

The law students from the Environmental Advocacy Clinic crafted a poster for the Student Academic Presentation that covered all of the work the clinic had done for the Niagara River Ramsar Designation. This poster not only covered who the clinic’s client was and what the clinic did for them, but it dove into informing the audience about the beauty of collaborative learning, how the Ramsar Treaty benefits communities, legal impacts of a Niagara River Corridor Ramsar Designation, and the significance of the Niagara River Corridor becoming the first bi-national, transboundary Ramsar site in North America.

The clinic’s well-orchestrated poster was ultimately recognized for its achievement by the celebration as it received the noteworthy Student Academic Excellence Presentation Award. This award distinguished the Environmental Advocacy Clinic, on the graduate level, for their work on their presentation of the Niagara River Ramsar Designation.

The Great Lakes Restoration Conference provided the Clinic with a massive audience to inform the area of our efforts and garner support for the Ramsar recognition of the Niagara River Corridor. The PowerPoint presentation itself covered the Ramsar Treaty itself, benefits to the Great Lake Region from a Ramsar designation, how the Niagara River Corridor qualified as a site, the legal impact of the Ramsar recognition, and why the area should be recognized as a Ramsar site.

The impact of this presentation cannot be understated. The coalition that attended the Great Lakes Restoration Conference maintains an influential presence in local, state, and federal communities. This presentation provided the clinic with a vital opportunity of informing an influential coalition of our restoration efforts and obtaining substantial support for the Ramsar Designation of the Niagara River Corridor.

The Niagara River Corridor Project, a project supported by legal and policy work by law students in the Environmental Law & Policy Clinic together with the Niagara River Greenway Commission and the Niagara Corridor Ramsar Site Steering Committee, held the event World Water Day in Buffalo on March 22, 2016.

Videos from this event:

View photos from this event