Clinics on the Record

The Civil Rights and Transparency Clinic is a litigation clinic focused on civil rights and civil liberties, spanning constitutional liberties like free speech, privacy, due process, and statutory civil rights against discrimination.

We have a dual mission:

Our Cases: These cases are representative of the clinic’s current and future docket:

Student Engagement: This clinic is designed for you to grow into the attorney you want to be. Our clinic gives you invaluable hands-on experience practicing law, under the supportive supervision of clinical professors. You can expect to learn critical lawyering skills to become practice ready (which are increasingly on the bar exam). You will work on cutting-edge legal issues and make a positive difference. Ultimately, you will walk away with more confidence, a sense of your lawyering identity, and practical skills that an employer will value. Our student attorneys lead on all aspects of our client representations. They litigate in federal court and before agencies. An effective lawyer has a toolbox that includes more than litigation. They also engage in non-litigation advocacy like drafting white papers and policy proposals, presenting them to key decisionmakers. 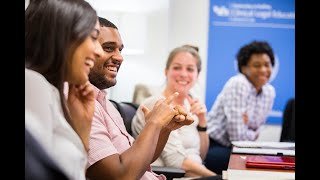 Watch a video that describes the impact of our Clinic.

INVEST IN OUR CLINIC

To support the work of our clinic, make your donation online or contact Karen Kaczmarski ’89, Vice Dean for Advancement (krkacz@buffalo.edu) for more information.